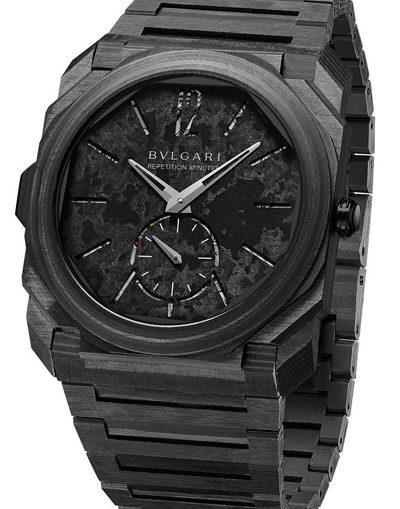 The first watch made entirely out of carbon and the thinnest ever minute repeater actually sounds pretty good, and that’s something of a surprise. Where minute repeaters are concerned, thinness is not usually an advantage. Decent volume needs decent… volume, and the world’s flattest striking movement, made by Bulgari, has so far not been too convincing in its intensity. But a solution has been found, and the answer is carbon. The Bulgari Octo Finissimo Minute Repeater Carbon is the first watch to be made entirely out of carbon, including the dial and bracelet. In the hand, the watch is astonishingly light: 47 grams. The unusual surface of the forged carbon has a unique sheen, a bit like sharkskin. Aesthetically speaking, it’s definitely mission accomplished: this watch doesn’t look like anything else you’ve ever seen, not even an Octo, because of how the material dominates the design. On the wrist it feels very slim, which is to be expected given that it is 6.8 mm deep. And it’s surprisingly easy on the ear. This little slip of a watch produces a remarkably full sound. It’s counterintuitive, but carbon makes an excellent resonating chamber, and it’s not just because of its lightness. The first impressions (and, where a striking watch is concerned, first impressions should always be confirmed in a quieter setting) gave no hint of distortion, crackle or coldness. The sound is full and sustained. It’s a success across the board, including the price tag, which they could have pitched 50% higher, given that there is no direct competition. 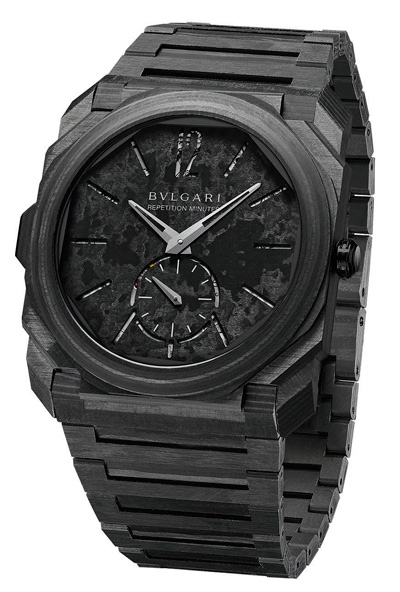 One thing I have to add is the fact that I am usually not the biggest fan of five-link bracelets, and this taste remains unchanged here. Above you can see the white blue and gold dial 5960, which I really quite like on the leather strap, but the bracelet onto the steel version is simply not doing it for me. It is done as tasteful also as one can be, however, and how the curving lugs hug the wrist in a manner that the five-link bracelet does appears to function as natural fit for the watch.Seen from the caseback and adorned with a 21k gold rotor using the Patek Philippe Watch Model 750 seal, the more in-house 28-520 IRM QA 24H movement is a mouthful, but a very striking and significant one in that. Our David Bredan went to the movement when the preceding steel version was introduced and I’ll repeat his overview of this motion here below:”The movement inside (and take a deep breath today) is the completely in-house manufactured CH 28-520 IRM QA 24. That translated into watch-terminology means that the movement comprises a flyback chronograph, an yearly calendar, a power-reserve indication (for what the brand notes anything between 45 and 55 hours, probably depending on for how long the chronograph is in performance), in addition to a day-night indication. Its foundation movement comprises 302 parts, while the clever (and just 2.48 mm thick) annual calendar module adds yet another 154 parts to that. And while we frequently discuss perpetual calendars–calendars which require absolutely no alterations until the year 2100–yearly calendars mean a smart transition between the classical calendars.”

It’s extravagant but understated; unusual but perfectly proportioned. Perhaps I’m biased, but the slimmest Patek is simply a wonderful object. That’s just my opinion, and I agree that it might not be widely shared. But for those who can discern Patek Philippe’s fundamental intention in the Ellipse d’Or ref. 5738R, it represents a truly astonishing achievement. The intention is about much more than celebrating an anniversary, because this fifty-year-old model is a survivor from another age – the end of the 60s, and a harbinger of the 70s. Despite its apparent understatement, the shape is quietly extravagant. And yet, the Ellipse’s proportions make it an incredibly elegant watch. The largest version with the ultra-slim 5.9 mm case (Patek’s thinnest, by the way), in rose gold with a black sunburst gold dial, is the perfect accessory for black tie. Or a charcoal suit cut of the finest cloth. It’s a special occasion watch par excellence. For everyday wear there are many watches that are less formal, less demanding and easier to wear than this near oval case, with its austere baton markers. But on the wrist, it just works. It feels right. 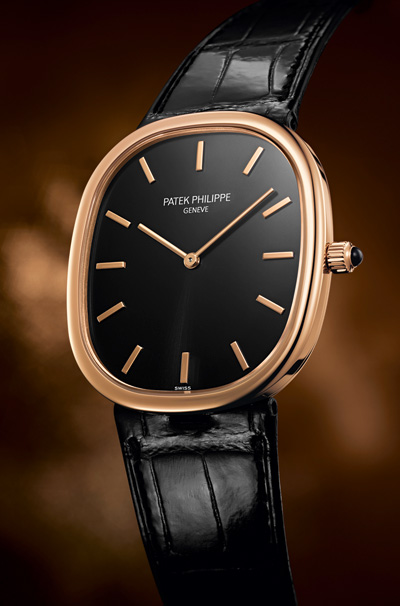 Seiko has brought out more new releases in 2018 than I can ever remember. I’ll pass on the quartz models and just focus on the automatics. I’ll also pass on the Grand Seikos, as they have become a reliable and familiar source of horological satisfaction. The surprise comes from the Presage line. This intermediate range, launched in 2017, offers a high level of watchmaking excellence at a very low price. While no sparks flew with the 2017 releases, in 2018 we have fireworks aplenty. Two models in particular struck me. The first is a three-hander with an extraordinarily intense blue flinqué dial in grand feu enamel. The white Roman numerals are perhaps overly classical, but the dial, made in Nagoya using the Shippo technique, is definitely a cut above – and the watch comes in at just €1,450. For comparison, some brands charge ten times that for an upgrade from a standard to an enamel dial. Another model, the reference SJE073 (Seiko watches don’t have names, just these indigestible reference numbers), comes with baton indices, a superbly finished and slimmed-down steel case and a thinner calibre, and it looks far more expensive than its €2,200 price tag. At first glance, the dial looks matt. You might think it is in fact satin-brushed, but on closer inspection its texture is more like that of paper, with tiny fibres laid in random directions. The effect is similar to that seen on some of the very best Grand Seiko dials, inspired by freshly fallen snow. 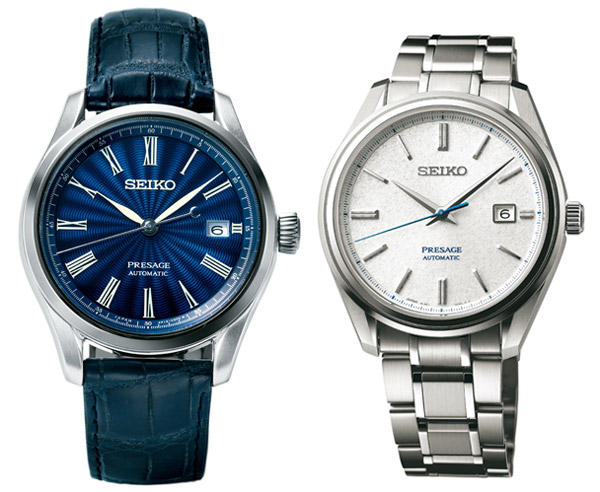 Longines introduced the Record range in 2017. This classic, somewhat neo-vintage line was created to offer superior watchmaking credentials compared with other ranges, including systematic chronometer certification and a movement with a silicon balance spring. At €2,100 all in, the price is an attraction in its own right. The version with blue dial and Arabic numerals is a very good-looking watch, although one might quibble with the date being a little too close to the centre. But then there’s the rose gold version. At €5,800 for a chronometer in rose gold – half the price of many comparable watches – it’s a steal. 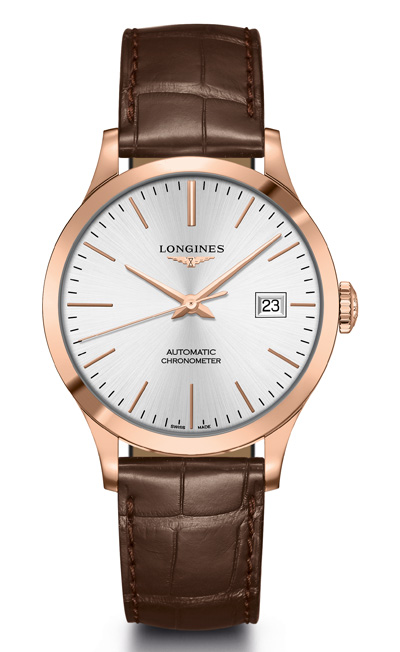